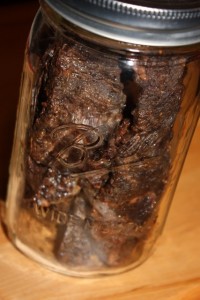 Who doesn’t like jerky? Only jerks right? (yes I was trying to be funny). Well I have been planning to make jerky for a while and was going to share an old time molasses cured jerky recipe. I am still planning on doing that in a future blog recipe.

Dave Peckham is an old BBQ buddy who passed away a few years ago. Really nice guy. His brother emailed out a request for any recipes he had posted. Dave had sent this to me a while back. So I thought I would share with Y’all (said in my best Paula Dean accent) 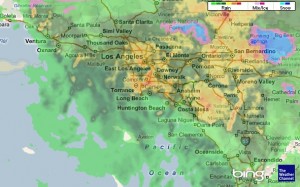 That’s how I roll for all of you. Rain or shine!

First off you need to start with these ingredients: 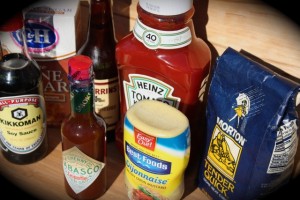 Make sure you use lean meat. You want to trim as much fat off as possible or it can turn rancid. Ask me how I learned this.

Slice the meat in 1/4 inch strips. I fine it easier to cut after you stick in the freezer to firm up for a little bit.

Whisk all the spices and the rest of the ingredients together. 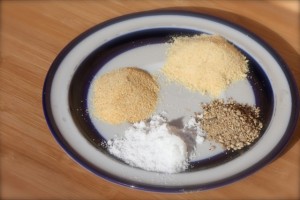 A bit of useless information coming your way…

You see that white pepper to the right in this dish? Yeah, the one that wasn’t ground enough. That is from a huge bucket of white pepper corns I inherited from my grandfather 10 years ago. He got it from India probably in the early 70’s. Yes I still use it! 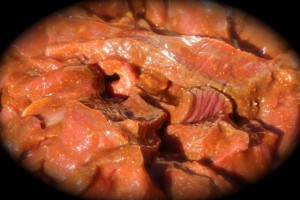 I decided to smoke mine a little on an electric smoker called the Little Chief. They are pretty cool for something like this. I use this for smoking salmon too. 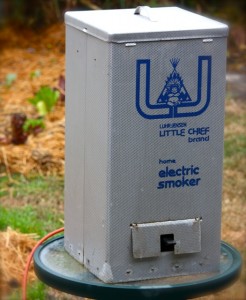 One problem I have when doing jerky on it is arranging the meat to not fall down the grates or keeping it flat. Mike Riblett over at www.frogmats.com solved that for me by sending custom mats to fit on my Little Chief rack. 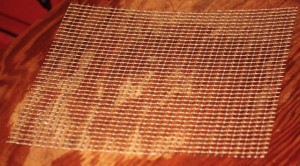 Frogmats are a non-stick, food safe mesh that is pliable. Since it is non stick they are great for fish and vegetables. Simple to clean too! They worked great and will not be using this smoker without them in the future. 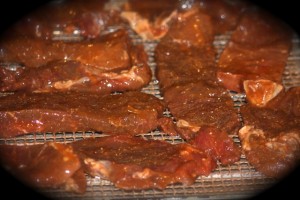 Everybody has their own way on how to dry jerky. What I did was put them in the little chief for about 2 trays of hickory chips (about 2-3 hours in-between rain storms) then put in my food dehydrator until they were sufficiently dried. Remember your not cooking the meat just drying it out.

If you want to spice it up more you can by adding cayenne or some crushed red pepper. Even using a habanero sauce in place or added also.

That is all for now time to get my waders on and hit the links. Sausage links that is!

Jerky According to Dave